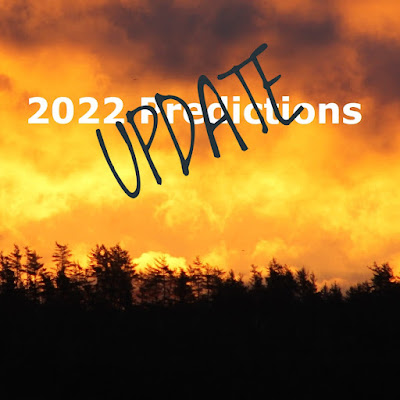 Early last year, I made four predictions relating to Nova Scotia's trees and forests.  So how did it pan out???

Prediction 1 -- Hemlocks will be saved where private citizens take the initiative.

Many private citizens hired individuals with a pesticide license to treat their hemlocks.

But we had been hoping for a larger private citizen initiative which did not pan out.

However, the provincial government stepped up with an ambitious plan to identify high priority hemlock stands and the tools to treat the trees.

That's a win in our books.

Many ambitious land conservation projects took place this year.  The Nature Conservancy of Canada, the Nova Scotia Nature Trust, The Provincial Government.  New initiatives like the Nova Scotia Working Woodlands Trust, Growing Forests.  And the turnaround at Owl's Head and Bridgewater are examples of how people power can make a difference.

Prediction 3 -- Outdoor recreation will have a banner year

Nova Scotia provincial parks had a banner year -- the best ever.  Our two National Parks -- Keji and the Cape Breton Highlands -- both reported significant visitor increases.

When I made this prediction, I thought it was wishful thinking.

But you know what, thoughts can become things.

$10M in Federal Funding for climate change was directed towards the hemlock woolly adelgid.  And this has made a HUGE difference.

If you have any comments on the above, please add them to our Instagram or Facebook accounts.