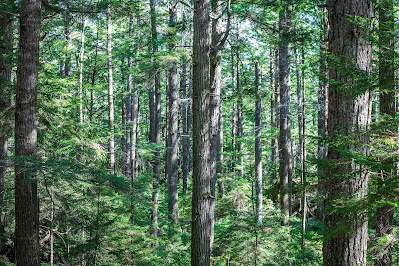 Where Grows the King of Hemlocks My Search for our Oldest Tree
By Zack Metcalfe zack.metcalfe@gmail.com
Many, thanks to Zack for permission to use his copy and images(s).
* * *
Our canoe was laden with all the necessities of outdoor life, and sloshing with water carried in by our socks, soaked every time we were obliged to leap overboard and carry our craft over rocks and beaver dams and the simple shallows of August.
The intense sun of afternoon scattered the clouds and laid claim to Sporting Lake ahead and around us, the easiest paddling of the day, its depths presenting few if any hazardous boulders through red tinted water.
In this lake I saw an island, drawing my eyes with supernatural sureness and speaking to a deeply spiritual segment of my rigidly rational mind.
“Is that it?” I asked to the man in the rear of our canoe, pointing.
“That’s it,” he said.
In some ways, I was doomed from the start. Finding the oldest tree in the Maritimes is a goal I set down in 2015, before the dynamic and…
Post a comment
Read more 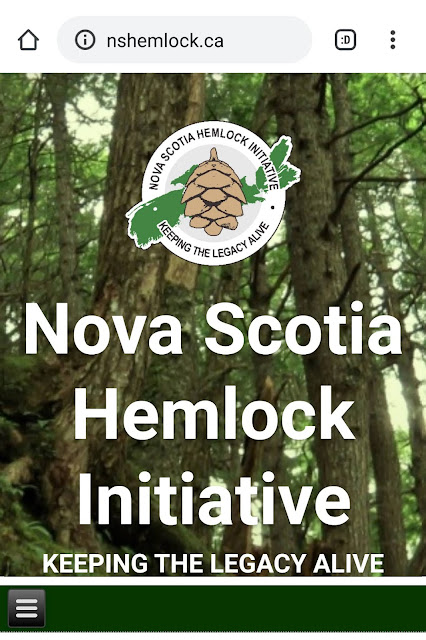 nshemlock.ca is a new website dedicated to preventing the spread of the hemlock killing bug -- HWA or the Hemlock Woolly Adelgid. . With the recent find in Lunenburg County, another reminder its moving eastward across the province. . You can help prevent the spread! Use the site as a resource.
Read more 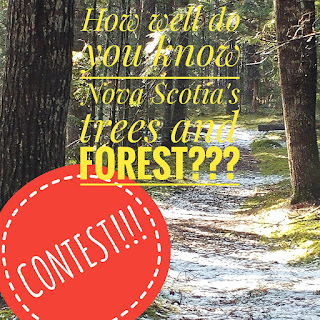 Could you identify a place in Nova Scotia based on a picture of the trees and forest?

Over the next three weeks we'll have some gorgeous photos from around the province on our Instagram Account ( www.instagram.com/giantsofnovascotia )and you can guess where they were taken

And each guess enters you into a contest

Just a couple of rules :


The contest starts on Mon April 27.2020 with the first post and ends on Fri May 15, 2020 at 5pm ADT15 posts in total, please only one comment per person per postThe winner must nominate someone elseThe recipient must be a Nova Scotian who makes income from photography.  And if you want a say in how they use the $$$, talk to them before they get it :-)

Government of Canada kicks in $1.4M for Hemlocks 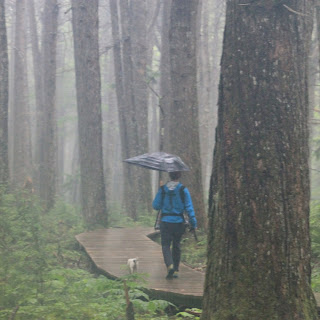 An early Christmas present today for anyone involved with Eastern Hemlocks and the invasive Hemlock Woolly Adelgid (HWA).

The Federal Government announced a $1.4M program for Keji Staff to continue their work on HWA.

This is very encouraging ... HWA is very much a Western Nova Scotia issue at this point.  Finding solutions and best practices here will help others in Nova Scotia, Atlantic Canada and beyond deal with it as it spreads. 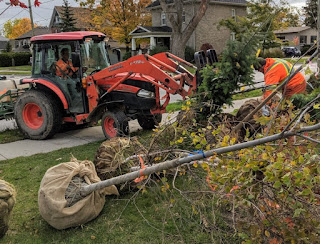 There has been very little news recently in Nova Scotia about the Emerald Ash Borer.  We hope its a non-event, but this is unlikely given how the bug has affected other areas.  The following is from a small town in Ontario where they've been dealing with EAB for the last decade.  Reprinted with permission ...

All were ash, all were infested by emerald ash borers.

It was, on a small scale, a foretaste of what is happening across the City; experts say all of our 24,000 ash trees will succumb.

For Peace Park, the loss was particularly poignant:  A plaque mounted near the stumps let visitors know the trees had represented not only our ten provinces and three territories, but “hope for the future.”

In past weeks the ash stumps were removed and planting holes prepared. 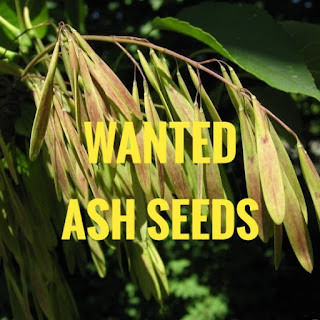 The National Tree Seed Centre in Fredericton is asking the public to help it increase its collection of ash tree seeds this year.

This is a seed year and the next one could be 5 to 7 years away.  By that time the Emerald Ash Borer could substantially change the ash forests of the Maritimes. 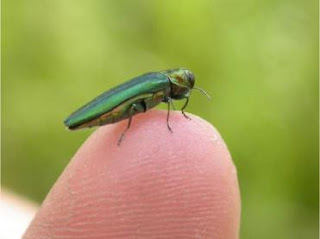 The Canadian Food Inspection Agency (CFIA) and partners across North America are marking August as "Tree Check Month."  Throughout August, Canadians are encouraged to check their trees and gardens, or property they frequent, for signs of insects, disease and fungi that harm plants.