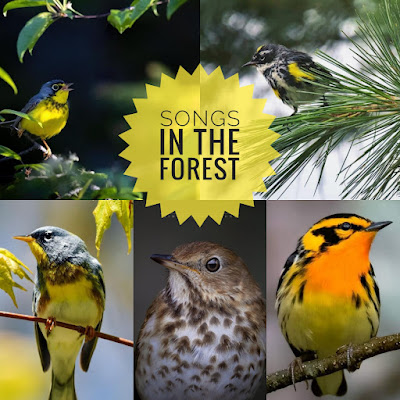 During the week of June 6, 2022 on our Instagram and Facebook pages, we featured five song birds commonly found in our Nova Scotian forests.

A Nova Scotia summer concert series is underway in a forest near you.

Millions of song birds return to our forests each spring for the good food (lots of bugs, yum!) and vast forest to breed and raise their young (75% of our province is considered 'forestland')  There are over 40 species in total.

Add the native birds and the iconic loon for a summer-long concert series!

Songbirds can be difficult to find in the forest, many spend much of their time high up in mature softwood forests.  So how can you identify them?   I use an app called "Birdnet".  Hold your phone in the direction of the song, capture a bit of it and the App will identify the songster for you. You might be pleasantly surprised by the many different birds in the forest around you!

There are over 20 different warblers that visit us each spring -- how can you tell them apart??? There's a app for that too -- checkout "Merlin".  Its like a paper-based field guide with pictures and lots of information about each type of bird.  It will also help you identify birds thru visual and sound clues.  And it includes a comprehensive sound library of all the birds typically found in this region. 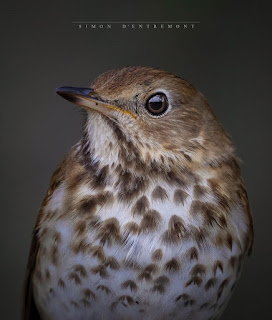 The song of Hermit Thrush IS the sound of summer.  Instantly recognizable, their melodic songs ring thru the forest.

You will find Hermit Thrushes in softwood and mixed wood forests, often on the forest floor or on lower branches.

They breed in spruce, hemlock and fir forests.  Their nests are often close to the ground and an interesting tidbit -- young hemlocks are one of their preferred nesting species.

More about the Hermit Thrush 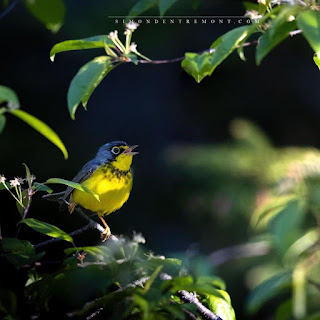 photo : (c) Simon D'Entremont
The Canada Warbler is found in forest undergrowth and shady thickets. They breed in mature hardwood/softwood forests and often near moist habitats such as wetlands and along streams
More about the Canada Warbler 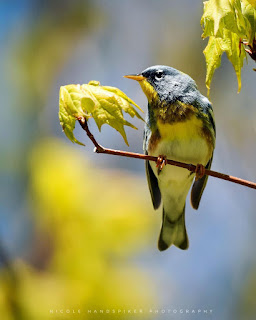 photo : (c) Nicole Handspiker
You will probably never see the Northern Parula because they spend much of their time high up in mature softwood forests.  They breed mainly in humid woods, especially those with abundant tree lichens, in swamps or along edges of ponds, lakes, or slow-moving streams.
More about the Northern Parula 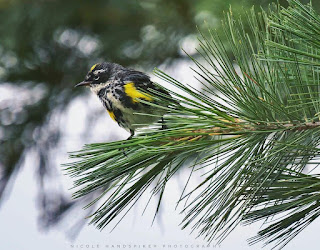 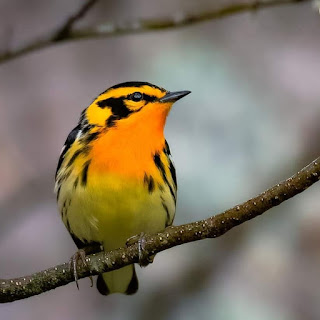 photo: (c)Jessica Vanluxemborg
Blackburnian warblers are found primarily in the upper reaches of large trees.
Big old hemlocks are a favourite where they feed and nest.
In the US, Blackburnian warblers have experienced some of the largest hemlock woolly adelgid infestation related declines of all bird species and they have begun to disappear from previously hemlock-dominated forests.
Will this be the fate of the Blackburnian warbler in Nova Scotia?
More about the Blackburnian Warbler
- June 05, 2022
Newer Post Older Post Home