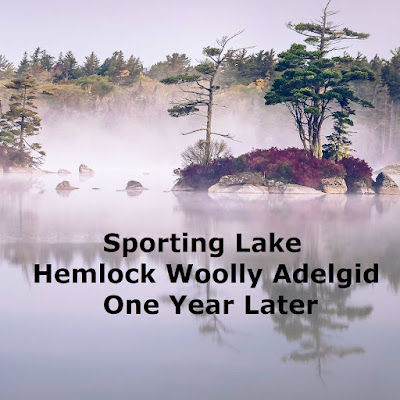 In October 2021, an eclectic group travelled by canoe to Sporting Lake Nature Reserve in the Tobeatic Wilderness to try and save one of the few forests in Nova Scotia untouched by mankind.  It is dominated by hemlocks, some as old as 500 years.

Unfortunately, a bug called the hemlock wooly adelgid (HWA) had been found on previous trips.  Once infested, their end is imminent. 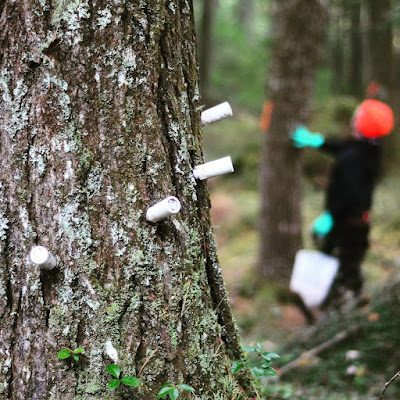 Private citizens, various government departments and non-government agencies came together to raise money, gather the various approvals and permits, secure the supplies and organize the effort to inoculate the hemlocks -- the only way at present to stop the bug and give the hemlocks a reprieve.  Over 2,000 trees were treated

Donna Crossland was one of the key organizers for October 2021 mission.  She returned on the Thanksgiving 2022 weekend and provided me with an update ...

THE BAD NEWS -- untreated, smaller trees that could not be treated were dead or dying

THE GOOD NEWS --  deeper into the shaded interior of the forest, most of the greenery remained intact and vivid where infestations were less advanced.  Dead HWA were observed under the hemlock tips.  The treatments had worked!

We were wise not to have waited.  It was clear now that it had been the right time to take action. 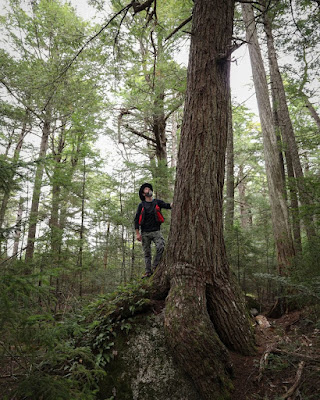 So what are the key takeaways?

Chemical treatments are interim and will be replaced with a predator insect that exclusively feeds on HWA controlling populations in future.

A big shoutout to Donna for making the trip to Sporting Lake and providing this update.

In addition to her monitoring, she was there being filmed for a documentary film called "In the Quiet and the Dark", a cinematic, poetic film that is exploring the plight of the Eastern Hemlock through one woman's journey, along with the work of North American experts and passionate scientists, and community members, that have banded together to try and save the trees against the threat of HWA.

Directed by Nance Ackerman, Produced by Teresa MacInnes for CBC television and CBC GEM to be released in the Spring of 2023.