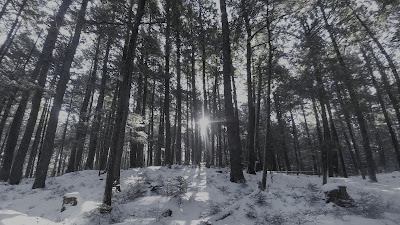 Comments on NOVA SCOTIA OLD GROWTH FOREST POLICY (NSOGFP)
Submission by Tom Rogers to : ecologicalforestry@novascotia.ca
Due by December 8, 2021
1. LEADERSHIP -- You currently have many things working for you as you develop the Old Growth Policy
Now is the time to forge a visionary policy.  Think big. Believe you can do it.  Act.
2. DEFINITION OF 'OLD GROWTH'
Give yourself room to deal with the spectrum of forests that are part of your conservation lands.
3. AUDIENCE -- who is the Old Growth Policy for? (and perhaps more importantly, who should it be for?)
a. The policy should have a version understandable by the general public
b. Get the word out ... tell everyone involved with forest about the NSOGFP (Woodland Conferences, Woodlot Owner of the Year, presentations at the AGMs of the Stakeholders, articles in Atlantic Forestry, etc.)
4. PROTECTION -- from invasive species
a. Immediate action is required
b. Show leadership.  Tell (and show) Private woodlot owners how you will deal with HWA on Public Lands.  Be specific.  Take action.
5. PROTECTION - from people
Hire the best lawyer you can afford so the final NSOGFP makes it very difficult to allow development of Old Growth Forests
6. CREDIBILITY
Be consistent, set the bar high and stay above it.  And be patient, this is going to take a while
- November 26, 2021
Newer Post Older Post Home